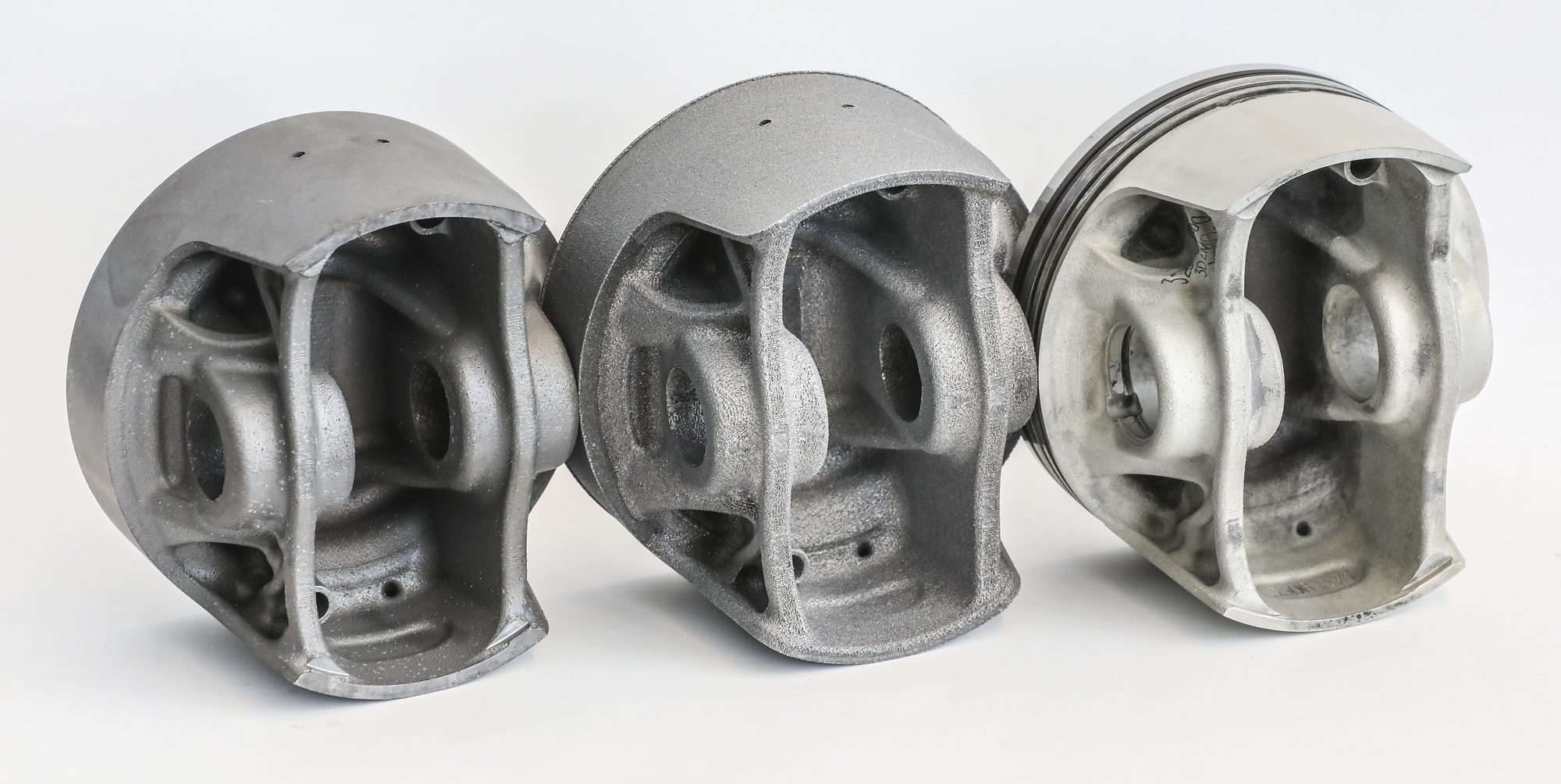 While standard forged pistons have reached the limits of their performance potential, it is conceivable that the power of the 700hp Porsche engine could be boosted by 30hp with an associated increase in efficiency.

The new process presents the option of implementing a so-called bionic design. In this approach, which mimics natural structures such as the human skeleton, material is added only in loaded areas, with the structure of the piston being adapted to the load. It saves material and has the potential to make the 3D printed piston up to 20 percent lighter than its conventionally manufactured counterpart while increasing rigidity.

In addition, the developers at MAHLE have introduced an optimally positioned and specially shaped cooling gallery near the piston rings. This gallery reduces the temperature load at the so-called top land, a particularly stressed part of the piston, thus optimising combustion and paving the way for higher maximum engine speeds.

The new production process is based on a special aluminum alloy, which is atomised into a fine powder and then printed in a process known as laser metal fusion (LMF). A laser beam melts the powder to the desired layer thickness, followed by the application of a new layer on top, thereby building the piston up one layer at a time. Using this method, 3D printing specialist Trumpf can produce piston blanks made up of approximately 1,200 layers in around 12 hours.

The piston blank is then finished and measured to meet the same strict standards as a conventionally manufactured part. In addition to cutting open pistons for analysis, project partner Zeiss carried out numerous non-destructive tests using procedures including CT scanning, 3D scanning, and microscopy. The results show that the printed piston achieves the same high-quality standard as a conventionally manufactured production piston.

As a practical test, six pistons were fitted in the engine of the Porsche 911 GT2 RS, which successfully completed 200 hours of endurance testing on the test bench. This comprised around 6,000 kilometres at an average speed of 250 km/h including refuelling stops, and around 135 hours at full load.