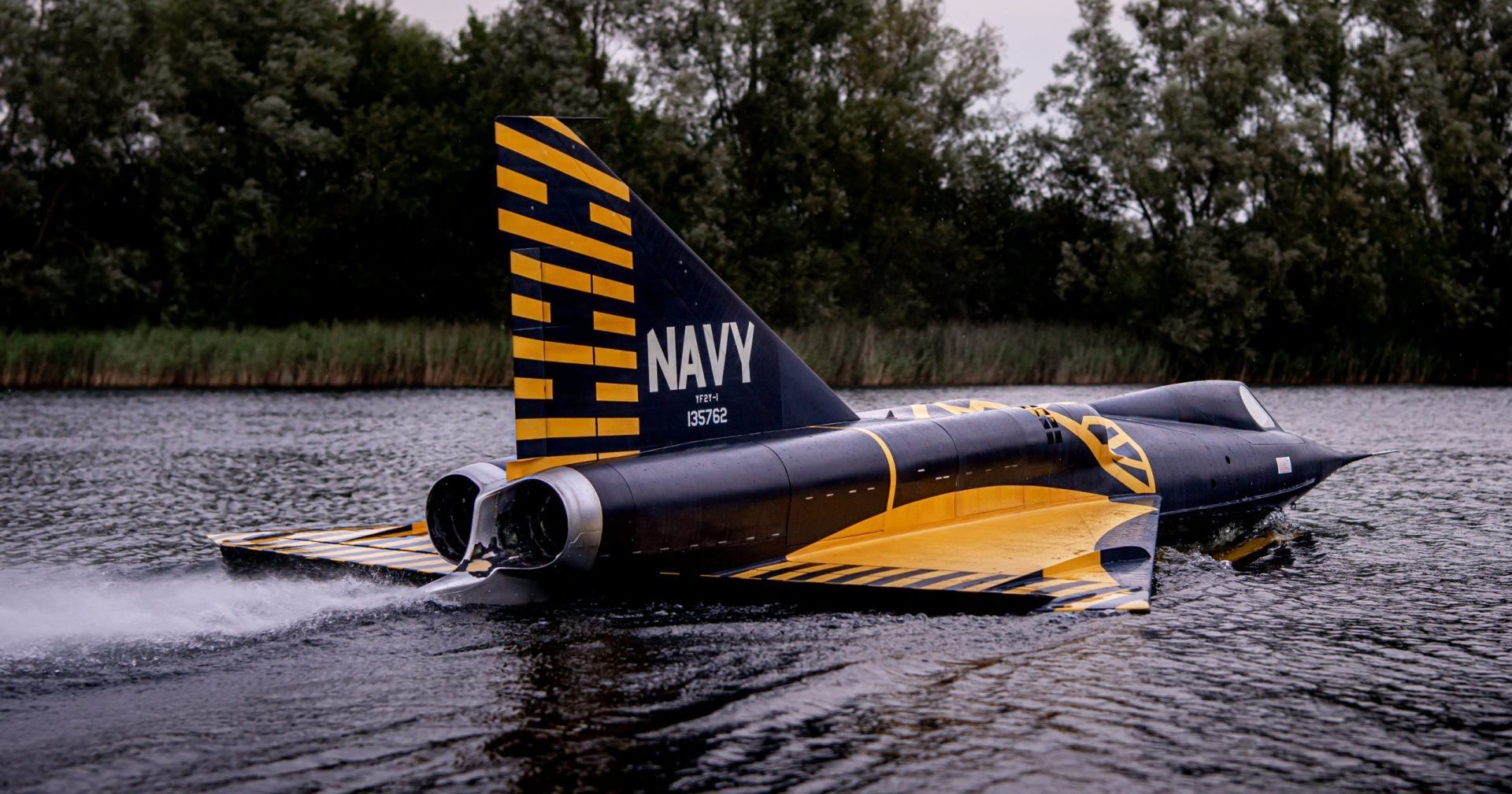 After four years on an incredibly challenging project, the Sea Dart jet powered UAV seaplane aircraft has travelled under its own power for the first time.

The original project brief from our client, The Little Jet Company, was to produce a reduced size, flying replica of the US Navy’s Convair Sea Dart prototype seaborne jet fighter from the 1950s.

Now the engineers at PES Performance Ltd have finally seen the Sea Dart undertake successful initial float and water trials of the aircraft in eastern England. See video of the trials here.

The UAV aircraft is powered by small scale jet engines, and has working hydraulic, pneumatic, and electronic control systems. There is also an animatronic pilot in the cockpit.

The project required a huge amount of research, including reviewing original engineering drawings from the 1950s and searching 100s of archive photos. From there 3D Scanning and Engineering Design work was used to accurately recreate a scaled down aircraft manufactured from various composite and titanium materials.

The next stages of the project in 2021 will include further high-speed test runs on water, before trial flights and hopefully Civil Aviation Authority (CAA) flight certification. The airframe is currently limited to 350 knots (circa 400 mph), but there is the opportunity within the aircraft design to further increase this performance envelope in the future.

The aircraft has already garnered interest from those looking to develop aerial platforms for governments, the film industry and as a viable flying test bed for R&D activities.