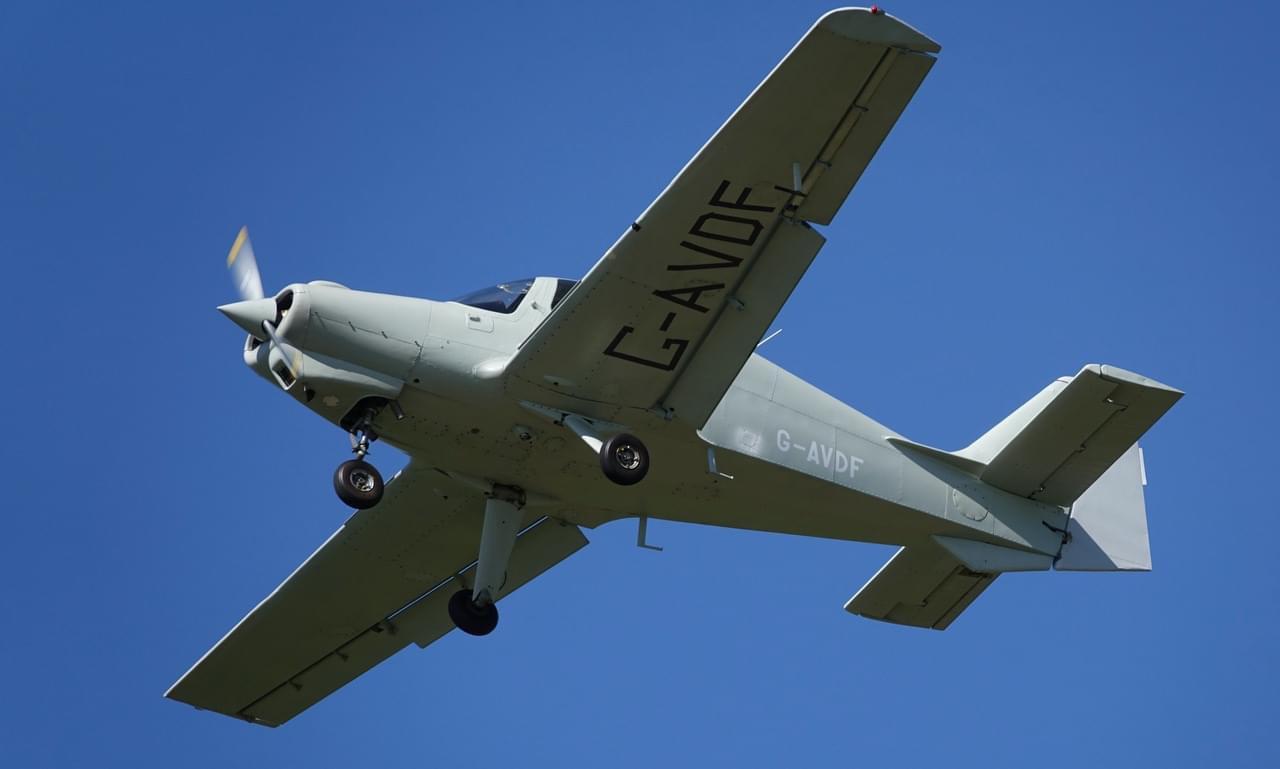 At Turweston Aerodrome on 19 May 2020, a small but significant light aircraft took to the skies for the first time in 51 years!

Beagle Aircraft had built the Pup at Shoreham in 1967 and with Beagle’s test pilot ‘Pee Wee’ Judge at the controls, flew over 200 hours of test and promotional flights between 1967-69.

At the end of 1968 the plane was modified and used as an engine test bed for the Beagle Bulldog. When the Bulldog first flew on 19 May 1969, G-AVDF became surplus to requirements and shortly afterwards was partially dismantled and put into storage.

In 1993, while looking for a restoration project, David Collings, Beagle Pup pilot and enthusiast, bought the aircraft with the intention of restoring it to flight. The project ended up on hold until 2015 when the prototype was taken to ATSO Engineering at Turweston.

Over the next five years working on the project without any complete aircraft plans, there were moments of frustration and satisfaction as in any major restoration project. Finding a way to reverse engineer the main wing spar brackets was the greatest challenge but PES Performance were eventually able to design & manufacture these using 3D optical scanning in the design process.

The project had just been completed when the global pandemic struck, and it was not until government restrictions on private flying were partially lifted and the airfield reopened that the first test flight could be made.

Paul Shenton and Francis Donaldson will share the test flights and when these are completed G-AVDF will return to the original red and white paint scheme.